When I got back from vacation I decided to take some time to catch up with Lucifer. 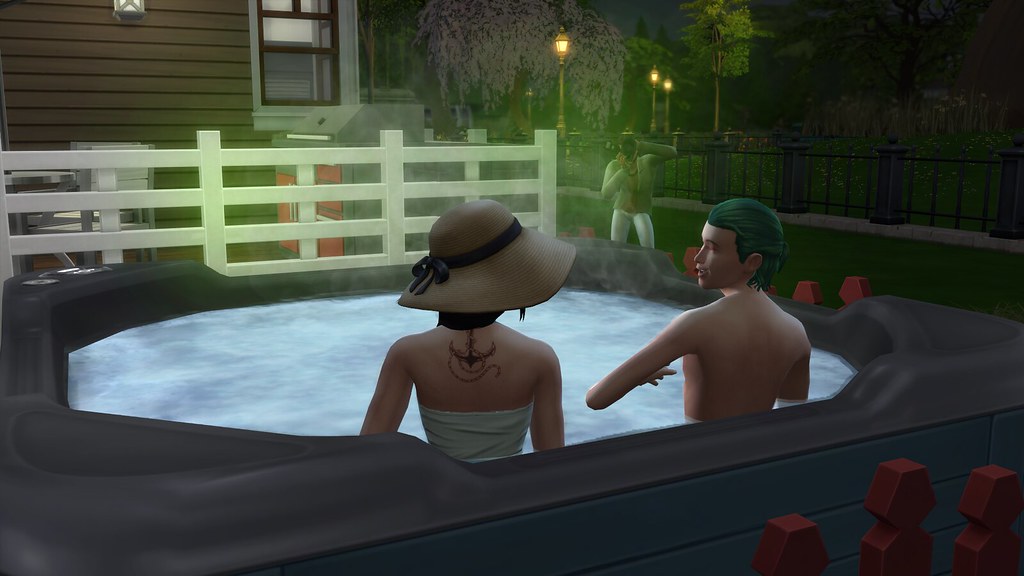 Unfortunately, I’m getting more and more famous which means nothing is sacred anymore.  Even alone time with my friend isn’t private.  I know it’s the paparazzi’s job or whatever but seriously, give it a break. 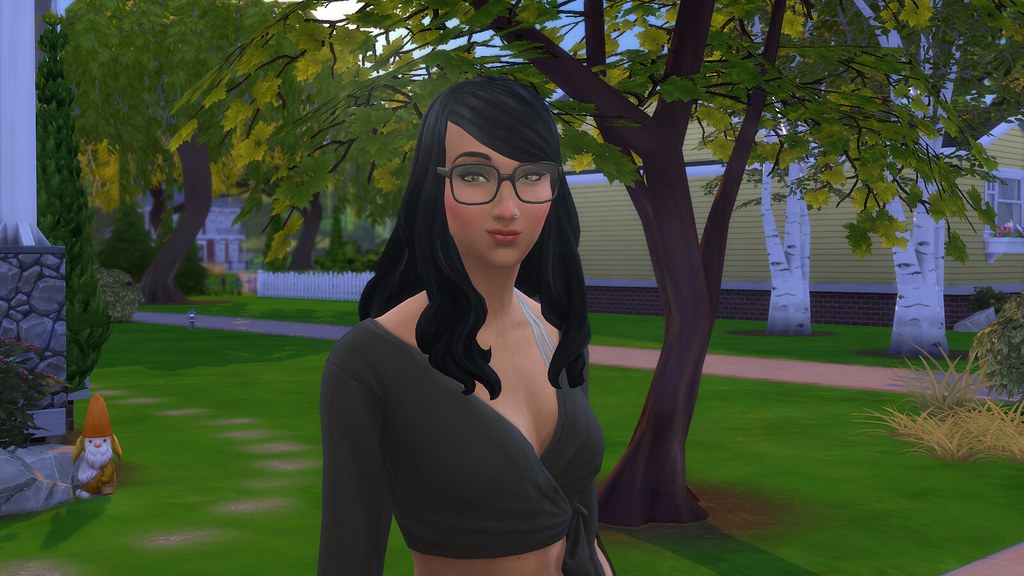 I guess I can’t blame them,.  I am looking spectacularly good these days.  So good, in fact, that I’ve been asked to star in some TV shows! 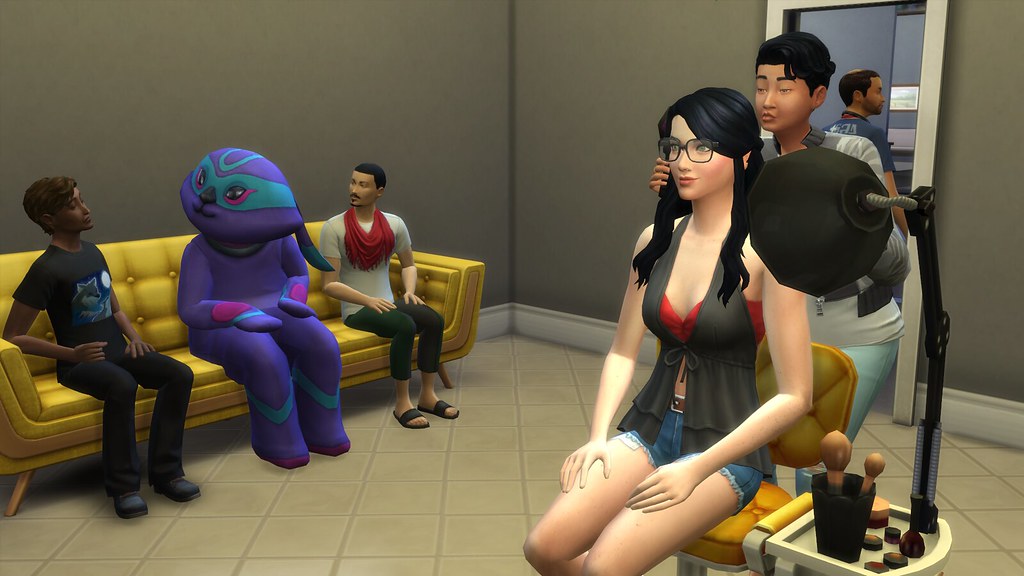 TV is a weird business.  The show I’m on is some medical drama but the studio is huge.  I was in hair and makeup and this, I don’t know…critter??? shows up to hangout.  I mean, it’s a dude in a costume but like, take off your mask?  Like I said, it’s weird. 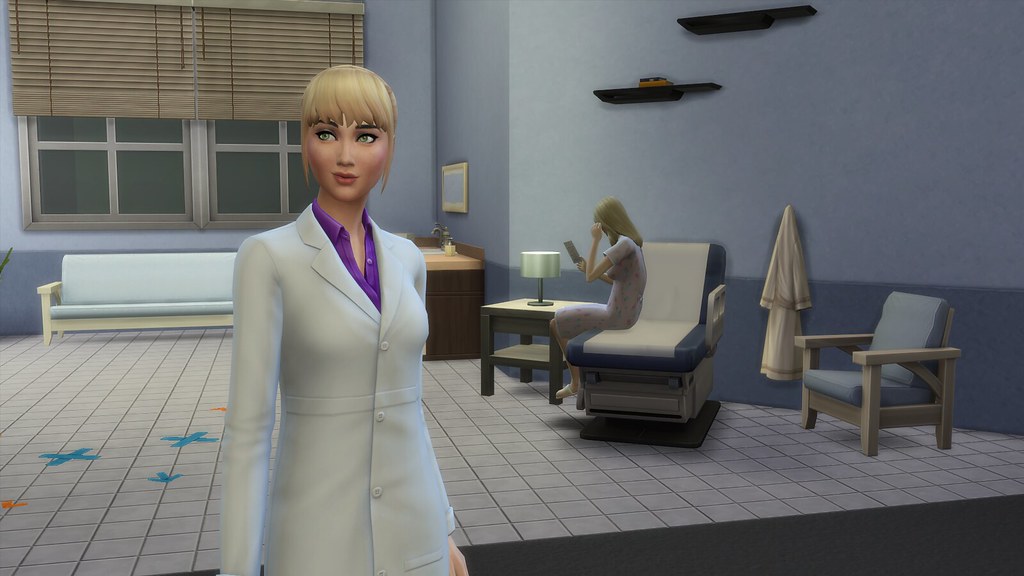 Anyway, I got done with hair and makeup and didn’t even recognize myself!  Like, damn, I look good as a blonde!  I wandered the set a bit and chatted with some of my co-stars.  We practiced some lines and I beefed up my acting a bit. 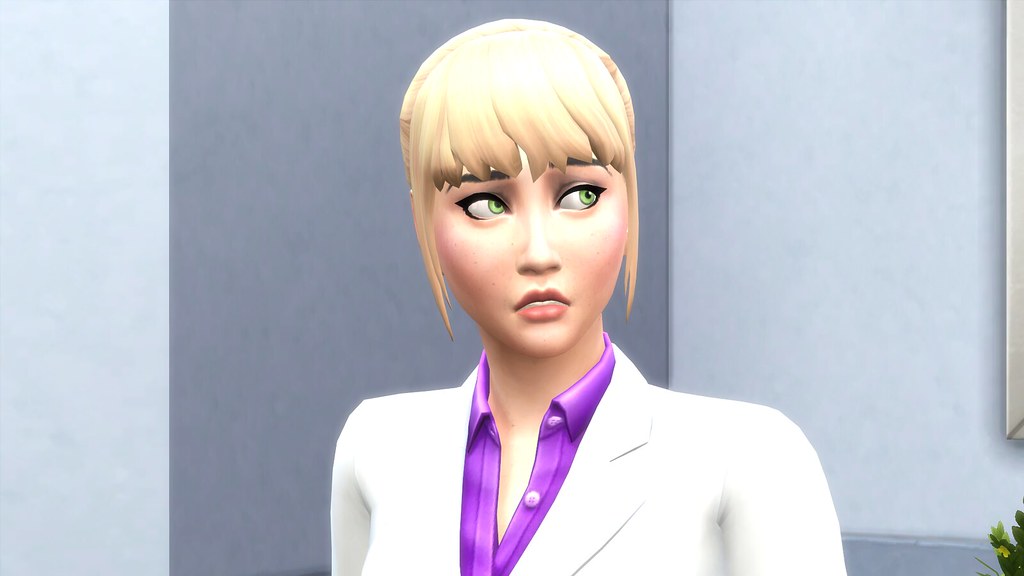 While I was wandering though, I saw this drop dead gorgeous dude.  Literally the star of the show. 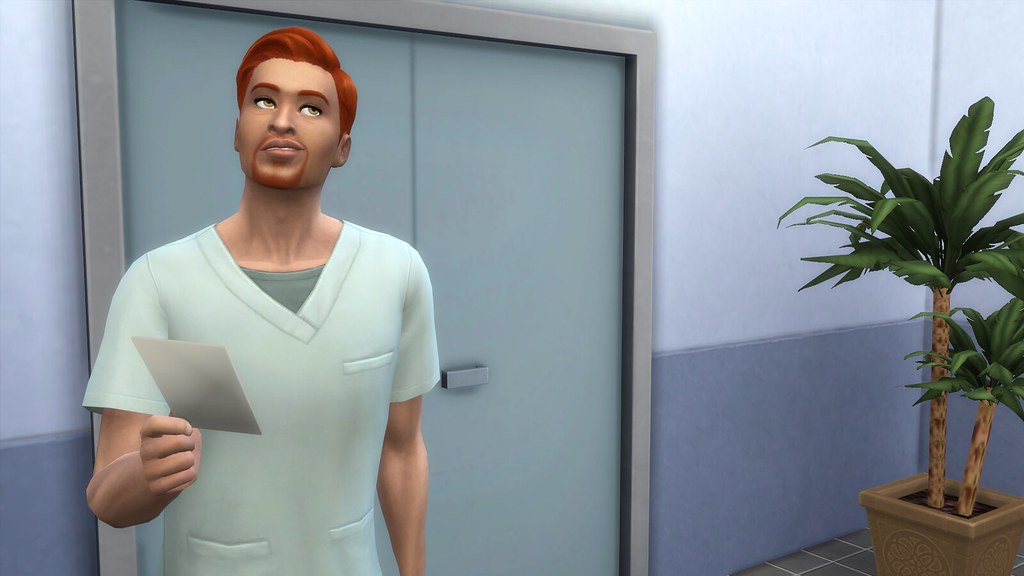 I lucked out…we even got a kissing scene! 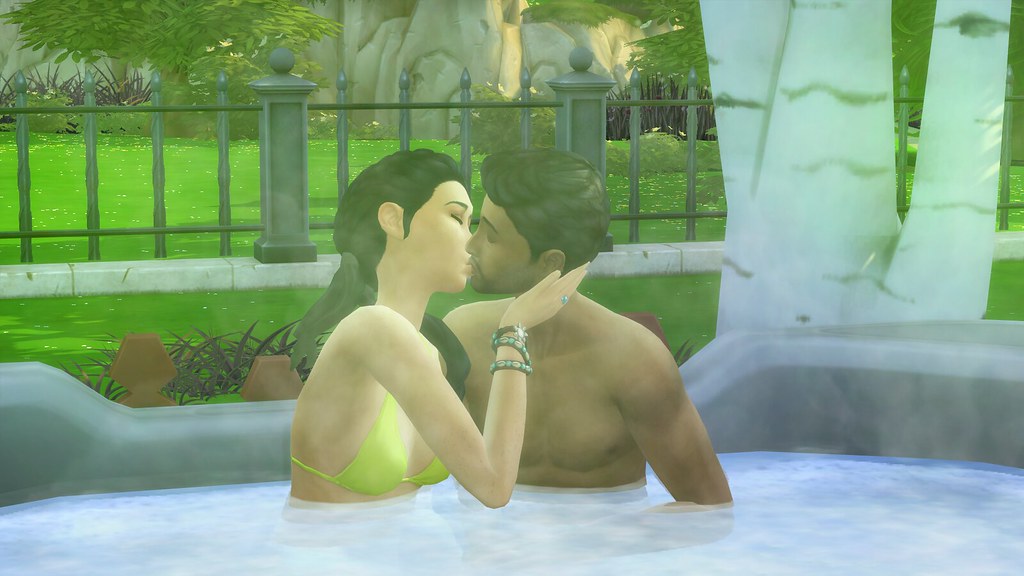 We had one in the show but then I dunno what happened.  We had a kissing scene back at my house, too.  Whatever, he’s cute! 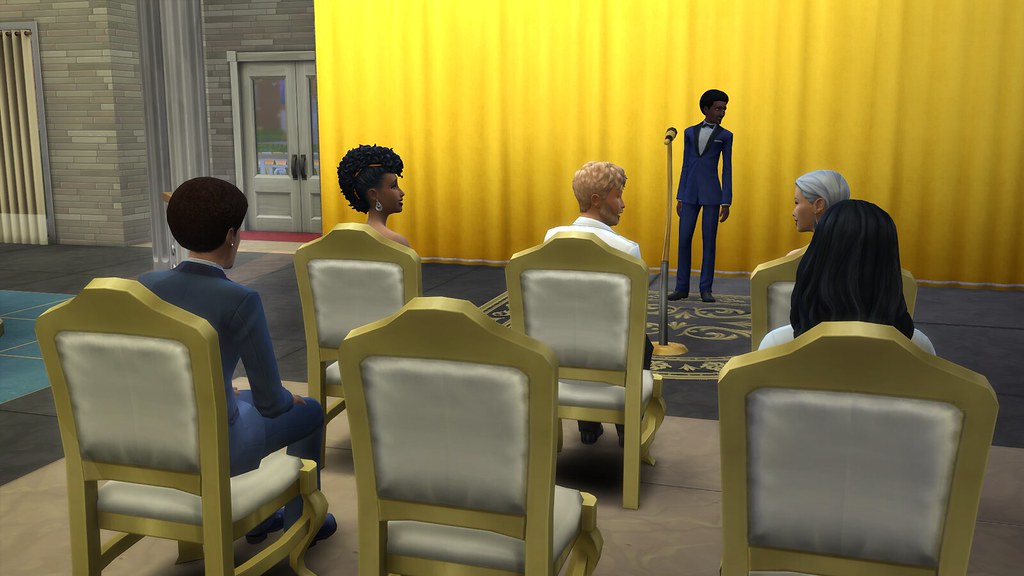 Oddly enough, my performance on General Anatomy was good enough to be nominated for a Sim Actor’s Guild award!  I had no idea that was even possible for a little newbie like me.  Yet here I was with the big wigs hanging out at an awards show! 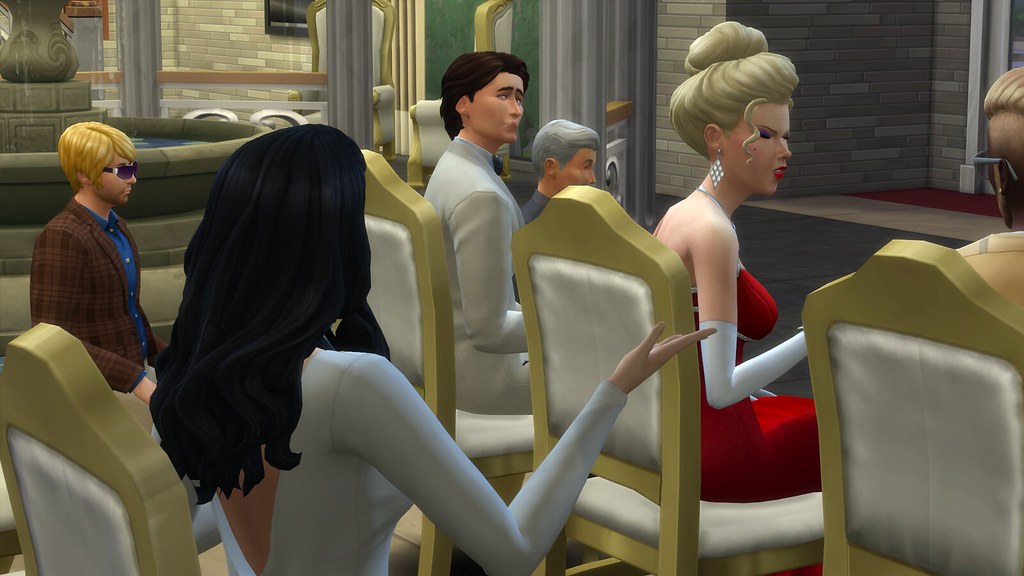 Someone I wasn’t expecting to see at the show?  My ex: Chip Worthington.  He was up for some super huge award so he was seated away from me but we got to talking anyway.  It wasn’t awful.  He was pretty nice to me for not calling me for…months. 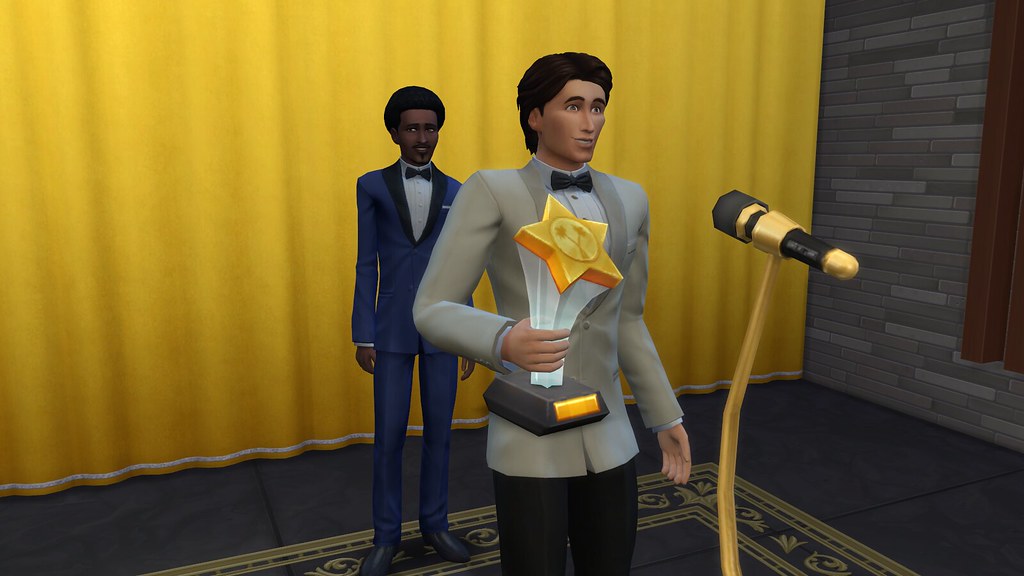 Well he won his award. 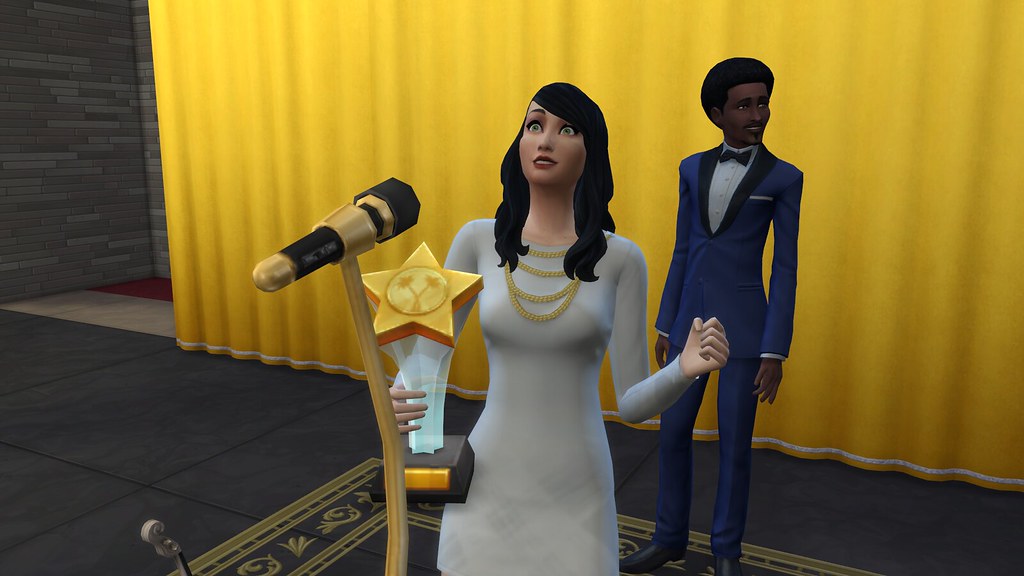 I won, too!  I didn’t have a speech and I’m not sure what I actually said but either way I went home with a win at the end of the night. 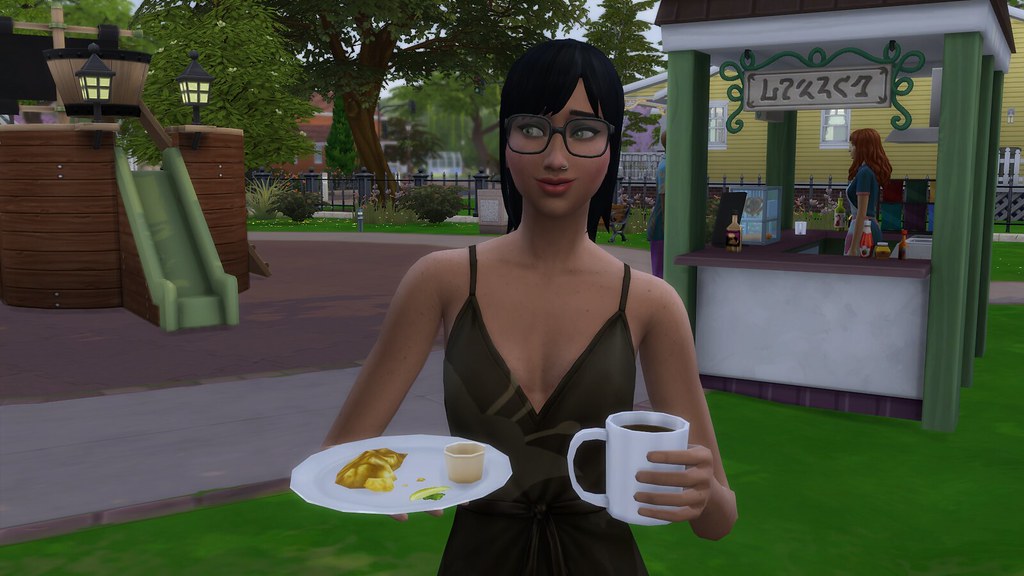 Ok, well I went home with a win the next morning at least.

Once Upon a Legacy
Raerei's Fortress

Stories from the inside of games...

I live in my own little world! It's ok they know me there! #EAgamechanger

A Differences in the Family Tree Sims Story