Note from SweetPoyzin: Violet’s back and she’s been talking to me again so (for today at least) we’re back in Violet’s voice!  And uh it’s the Christmas chapter I meant to write 8 months ago… 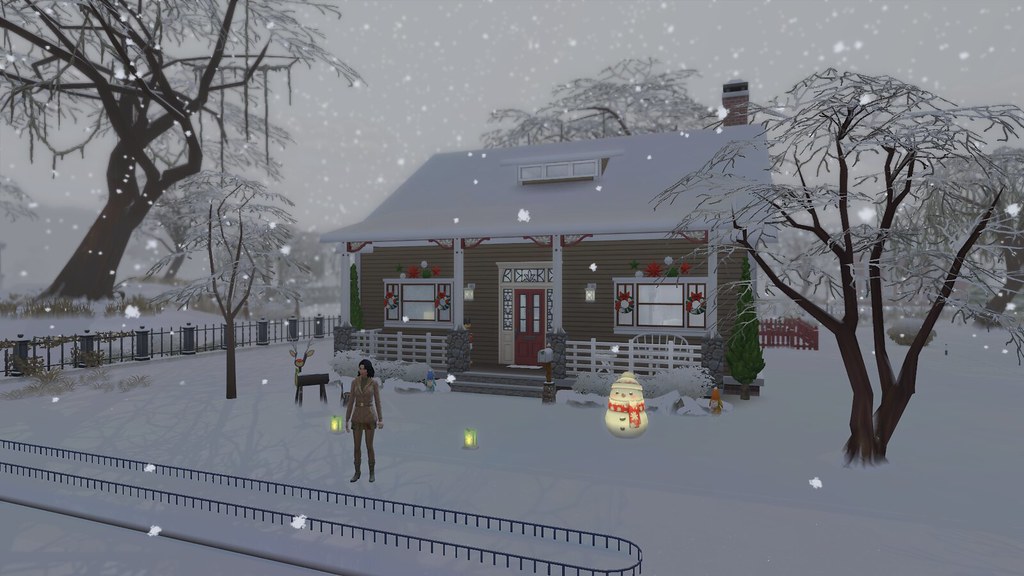 Hey all!  Sorry I disappeared for a bit.  I needed to get my life in order I guess.  Apparently that meant selling my house in Oasis Springs and moving to Willow Creek.  My house here is smaller (by more than I care to admit) but the place is gorgeous and it was so worth the extra cash for the location.  Oh, and I actually get winter now instead of endless hot summer nights.  I just couldn’t get used to sweating balls on Christmas morning. 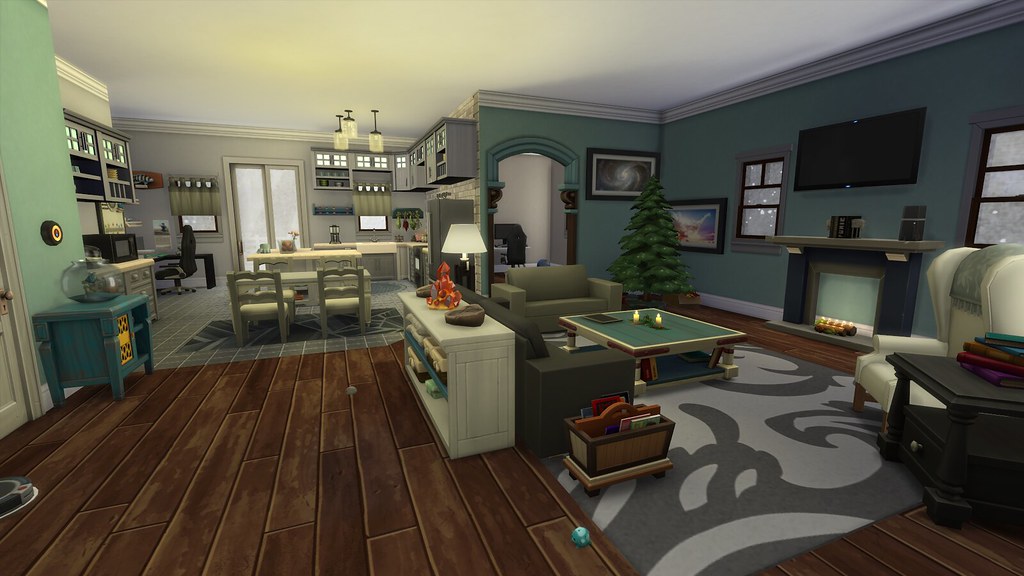 And speaking of Christmas…I’ve been getting the house ready for a big family party.  Yes, that’s right.  I invited the whole fam damily over for the holidays.  It’s not like it will be weird.  I mean, it’s only been about 5 years since I spoke to my mom and stepdad.  What could possibly be weird about any of this. 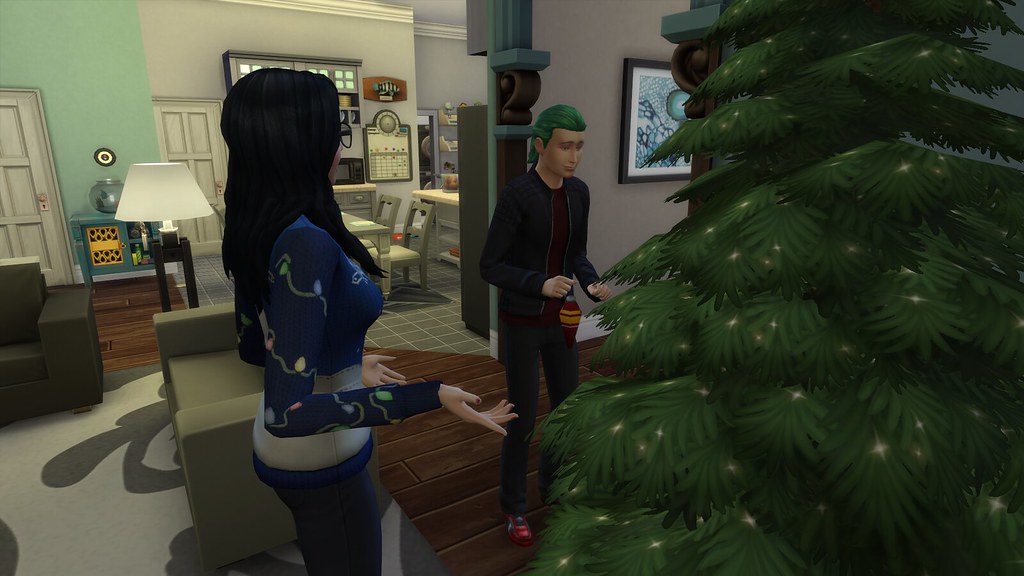 Lucifer had finished his tour by mid-December and he dropped in to see the new digs and help me get the decorations up.  He didn’t push the “settling down” talk this time and for that I was grateful.  It’not that I was opposed to a serious relationship with Luce but I definitely wasn’t ready for it yet.  Even things with Chip had cooled.  I just needed to figure out me for a bit.  The relationship with Chip did have its perks though.  Being connected to a notable 5-Star Celebrity was no joke and now I’m a celeb in my own right.  But that’s drama for another day.  Right now…the family’s coming. 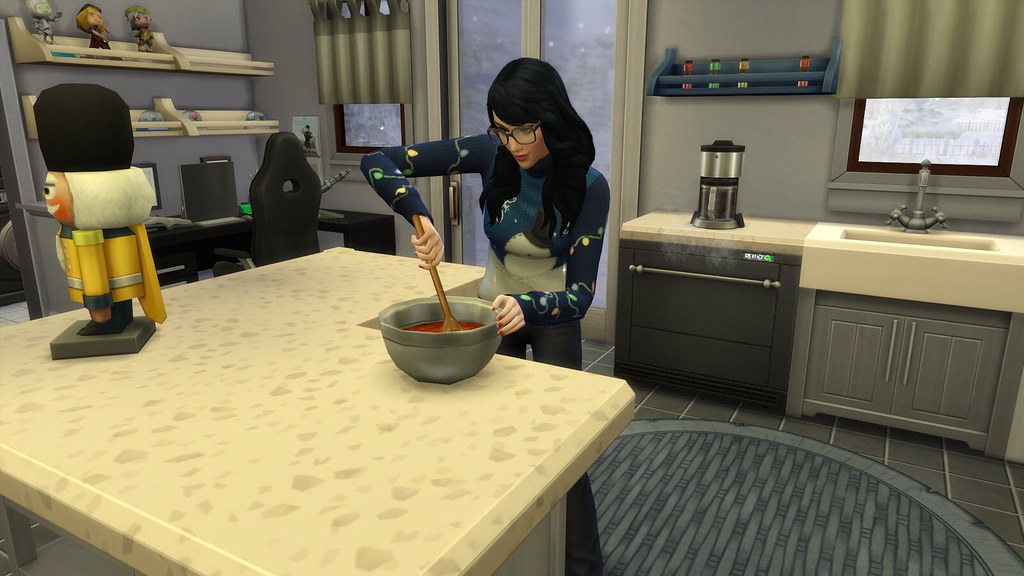 I remember Christmases when I was a kid being a big “to do” with fancy meals and the decorations everywhere.  It was something really special.  I wanted to try to do the same thing but I’m not in the same category as my mom and grandma.  I managed to whip up a pie and a roast but I’d be lying if I said I wasn’t praying that they were edible.  I just wasn’t entirely sure and the last thing I wanted was to welcome everyone into my home and then give them food poisoning. 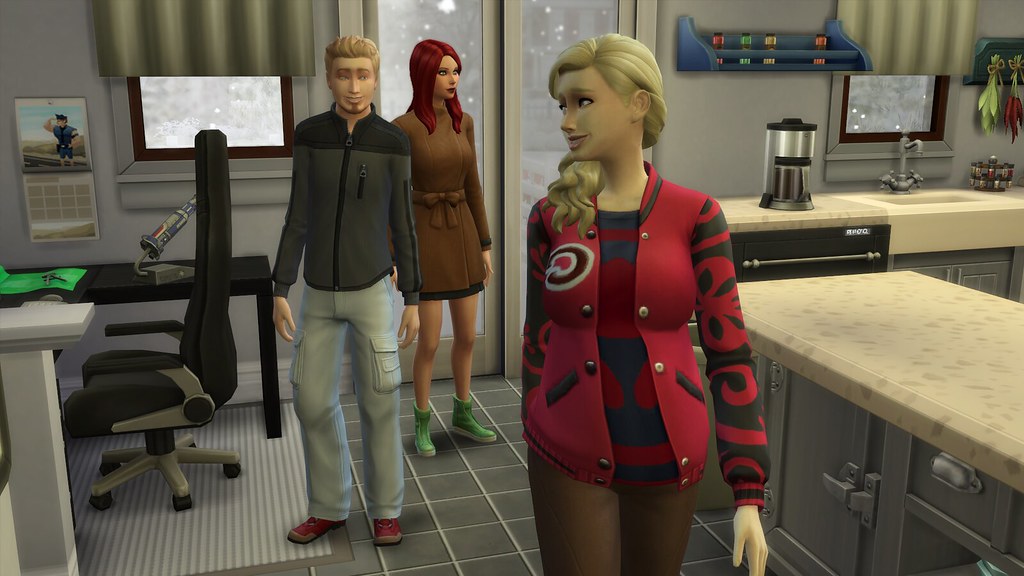 Before I knew it (and before I was ready) the doorbell was ringing.  It was literally everyone in my whole family.  Mom, Dad, Alice Bee and her husband Xantus, Hadley, and Lucifer came as well.  He is technically my sister’s brother-in-law so family.  The whole fam damily for better or worse. 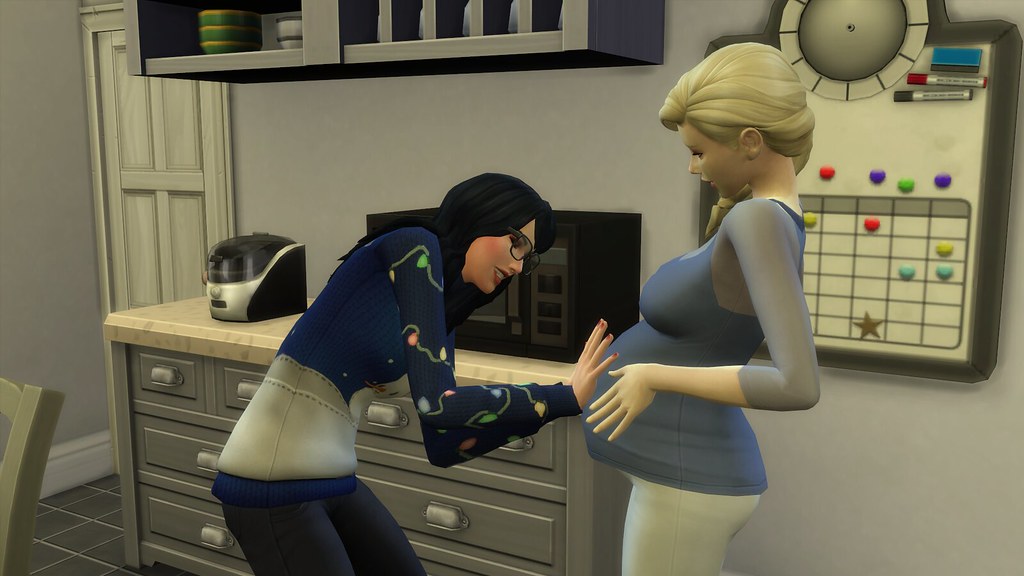 Turns out my sister brought a surprise guest as well.  Little Kacie Cohen was going to make me an auntie very, very soon! 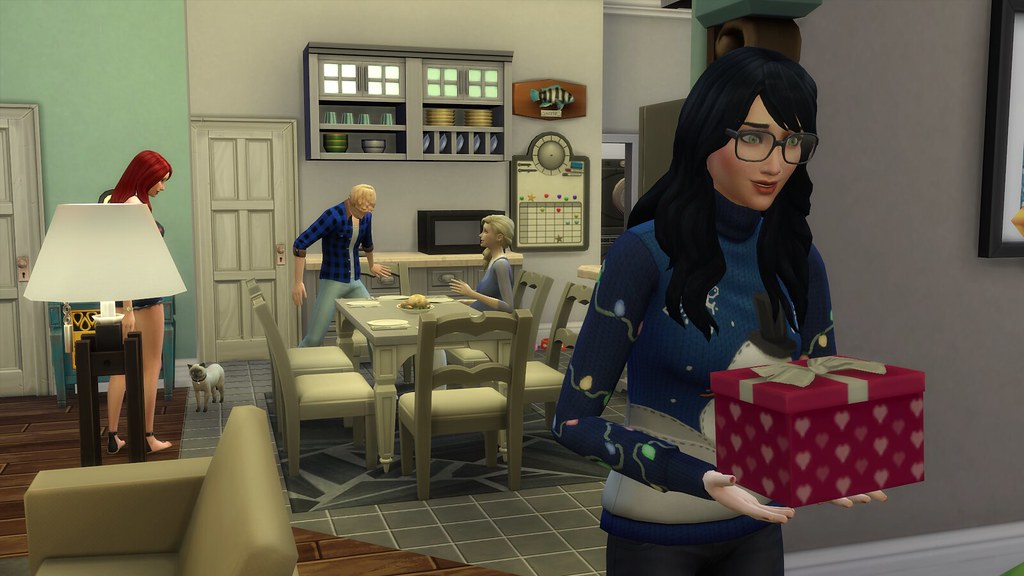 While everyone gathered for dinner, I dropped a few presents under the tree.  Lucifer probably didn’t expect anything from me me but it was his gift of a house that allowed me to move to such a wonderful area and invite all my family over for the holiday.  It wasn’t much but he is special to me after all. 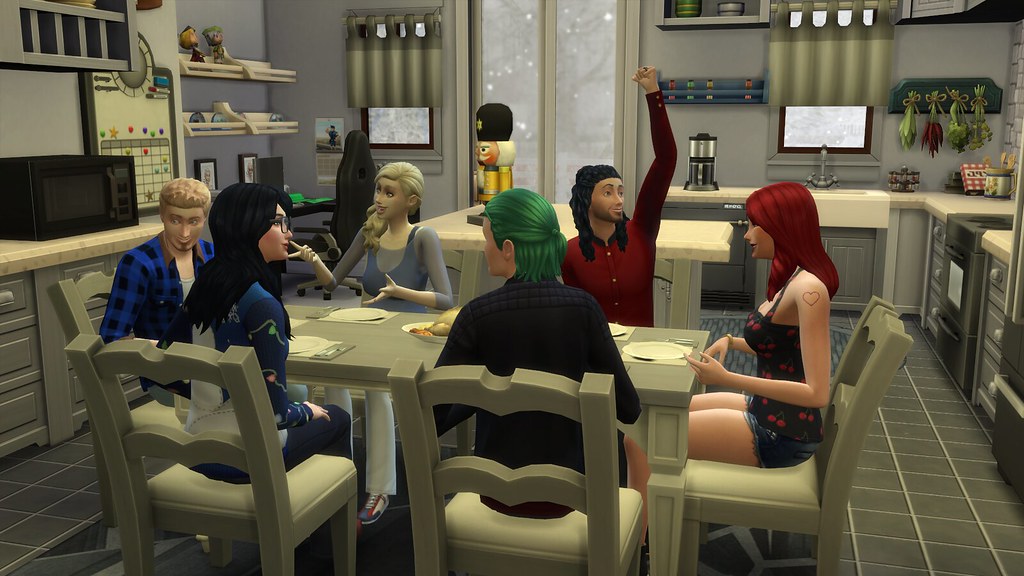 Anyway, we all finally made it to the table.  Well, that’s a lie.  Mom was doing laundry because…well, Mom.  She eventually grabbed some food but ate it while she vacuumed my office.  I don’t think it was personal.  I think it was just something to do.  When you haven’t seen someone in years and you have so much to discuss where do you even start?

However it worked out, everyone ate and nobody died.  Win-win for me! 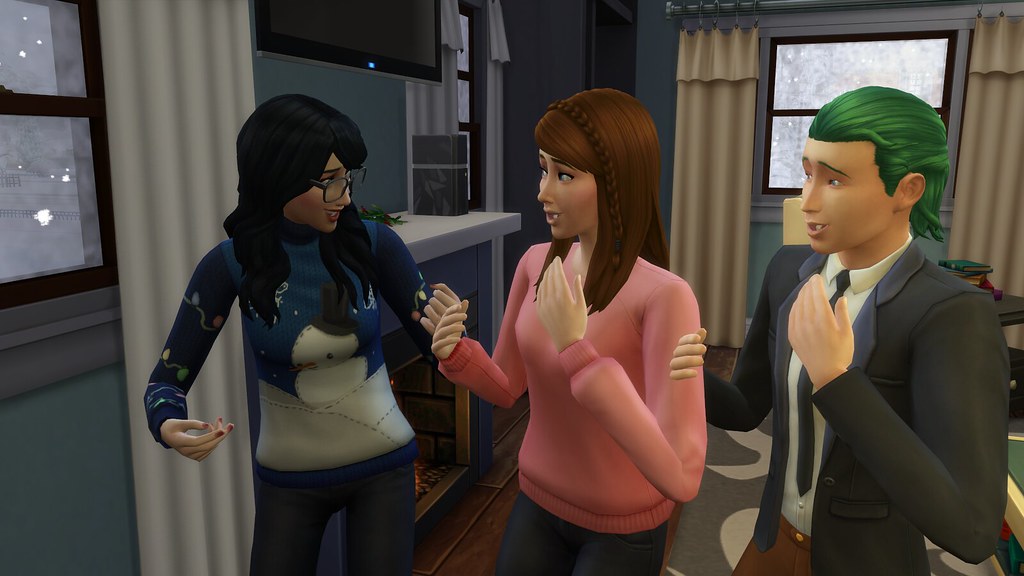 Mom and I finally did talk.  Not because we spontaneously connected but because Lucifer dragged my mom over to chat with me and then he may have held her there with force.  Either way, Mom and I finally started talking and once we started, it was like no time had ever passed.  We talked for hours that night and so much space closed between us.  As annoying as the boy can be, I’m glad Luce was there. 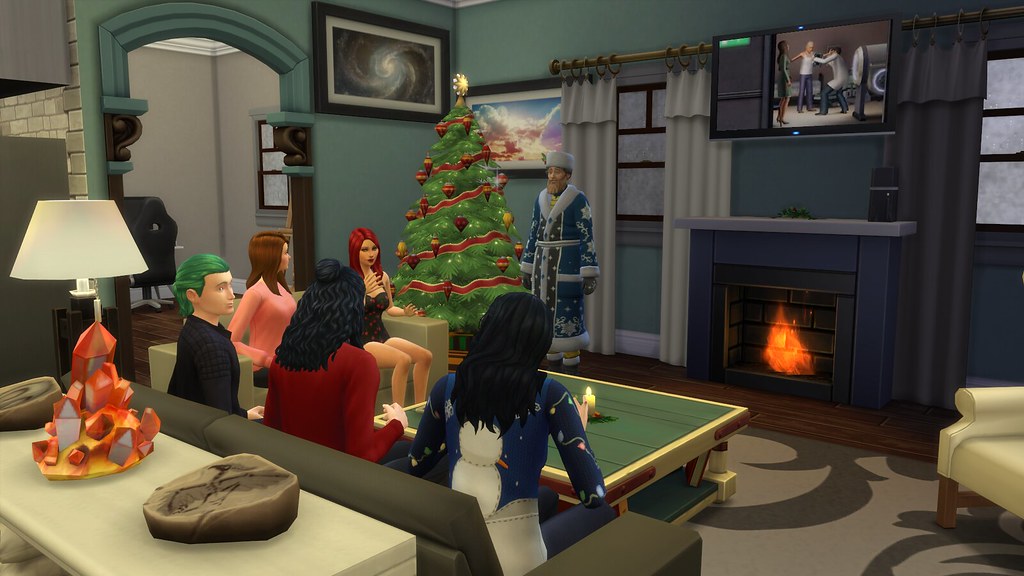 Mom and I talked so much, we almost missed Santa!  I was a little shocked that Santa actually came down my chimney, especially since there was a fire going in the fireplace but I took it in stride. 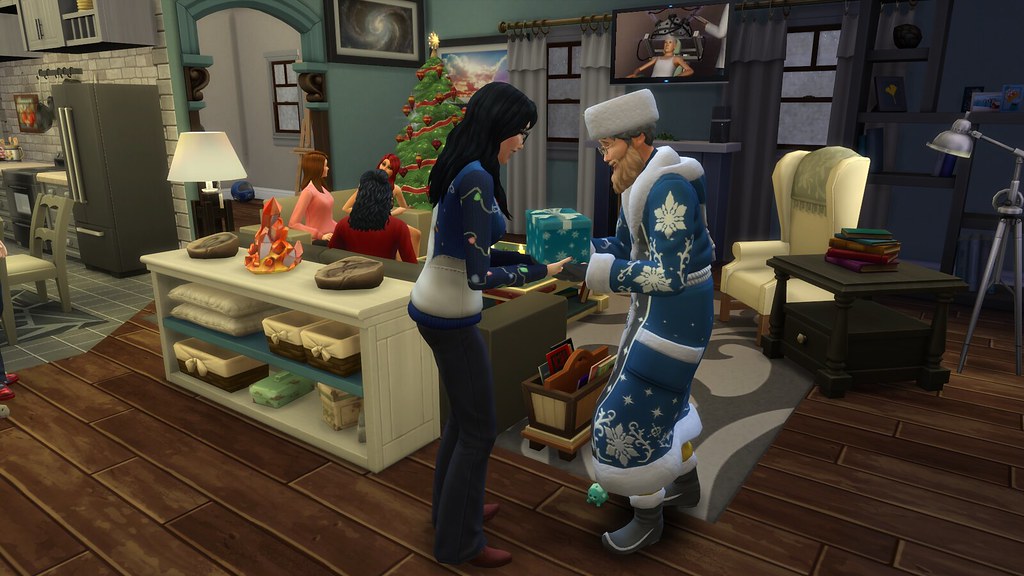 I asked Santa for a gift and he gave me something I didn’t expect.  It was an empty box.  I must have been puzzled  because he told me that the box did have a present in it but it was up to me to figure out what it was.  I’m not sure if Santa came down my chimney or if the old folks home was missing a resident.  I just thanked the old man and went about the rest of my night. 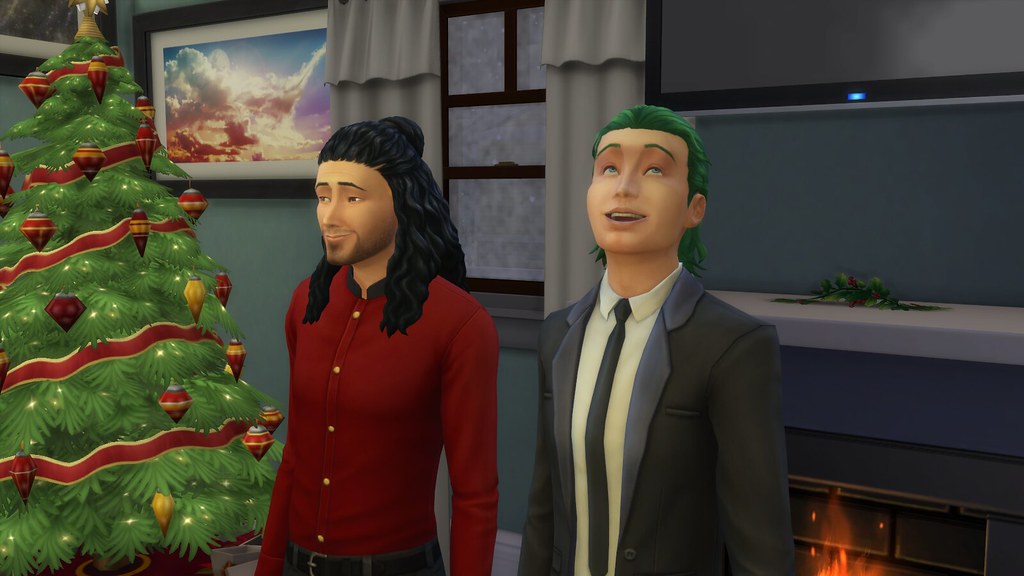 My family continued to chat and laugh as if no time had passed at all.  We had so much to catch up on!  Mom and Dad had retired to the beach.  Hadley was, well, still Hadley.  She was still paying her bills using random men’s wallets and living life in the fast lane.  Alice Bee was just Alice now and she ran the world famous portrait studio ABC Photos.  Lucifer was always on the road with his rock band.  I was just…floundering?  I dunno.  It just felt weird that everyone was doing do well and I was just spinning my wheels and going nowhere fast or at all really. 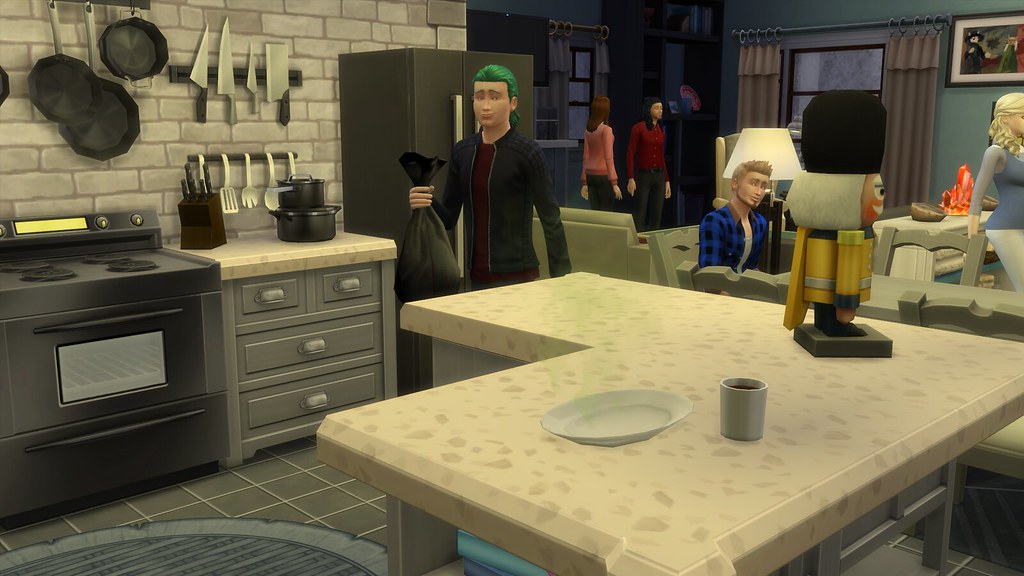 Anyway, the night finally ended and everyone headed home.  Lucifer was nice enough to start helping me clean up since it was going to be a doozy of a day tomorrow.  Turns out that’s the part you miss as a kid because the adults do all the hard work while you play with your new Christmas presents. 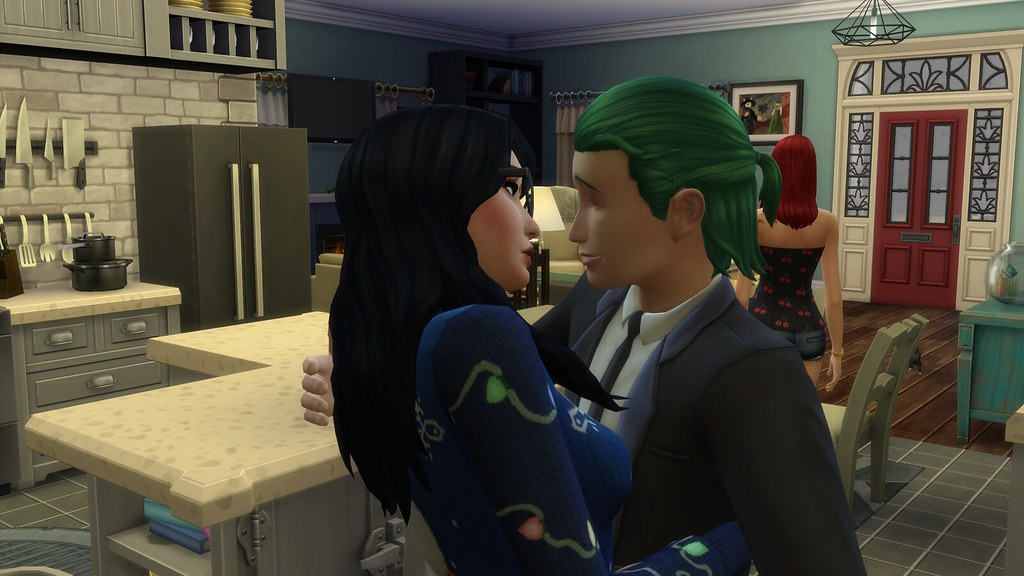 I still don’t know what Santa put in that box.

Once Upon a Legacy
Raerei's Fortress

Stories from the inside of games...

I live in my own little world! It's ok they know me there! #EAgamechanger

A Differences in the Family Tree Sims Story